After saying goodbye to Andy and Jolie in Nicaragua I spent a whole 10 days travelling alone in Costa Rica, having to talk to strangers and make friends without anyone to hold my hand. Proud of this independence I quickly returned to my comfort zone in Bogota, meeting up with two good friends from New York: Walter and Patrick.

I love how quickly friendships can grow when you meet the right kind of people. It was only just over two years ago that I met Wally, Paddy and the rest of their family (they are 2 of 6 brothers, with no sisters) and immediately knew they were keepers. A year later I was invited to a brilliant 2016 Thanksgiving weekend at their family home in New Jersey, and another year on the three of us are ringing in the New Year in Colombia.

This photo of them on a boat has nothing to do with our time in Bogota, but they look cute and, as you will see below, it was slim pickings on my phone and camera.

A Sheep in Wolf’s Clothing?

Before I met up with the boys I had a few hours to get to know Bogota and, after 6 weeks in Nicaragua and Costa Rica, it felt a lot closer to home. Smooth roads, high rise buildings and a much more familiar temperature. I described its 15 degrees Celsius as “absolutely freezing” upon arrival and meant it – clearly it doesn’t take long to get used to ‘traveller temperatures’ in the mid to high 20s .

Despite its low latitude Bogota never gets much warmer (yes, that’s a weather chart below – knowledge is power) due to its ridiculous altitude. At 2,640m it is comfortably higher than any European ski resort, and a few times I became aware of my breathing as I involuntarily gulped for additional oxygen.

Arriving in the early evening I had a quick walk around the old Candelaria district as night fell. Despite advice to exercise extreme caution after dark, and despite being offered cocaine approximately every 2 minutes, I did not feel under any pressure walking around town at night. Locals were happy and friendly, and there was a consistent police presence across the city with cars, motorbikes and the occasional segway positioned tactically on busy squares and corners.

One thing I did keep seeing, moreso than in Central America, was locals staring at me with their mouths wide open. I’d claim it’s cos I’m so damn goodlookin, but in reality blonde haired travellers remain a novelty in a country where post-Pablo-era tourism is still relatively nascent. I’ve quickly learnt that the best way to deal with a 500 yard stare is a smile and a ‘hola’ which, 9 times out of 10, elicits a smile and a hola in return.

While it had nothing to do with this follicular revelation, I made friends with a couple of young and extremely blonde Danish guys at the hostel, one of which looked like a miniature Thor. Jacob and Esben joined our nights out in Bogota, transforming an already quite foreign-looking group into a Scandinavian family holiday without mum. Sadly (for me) this seems to be the only photo of the four of us together. 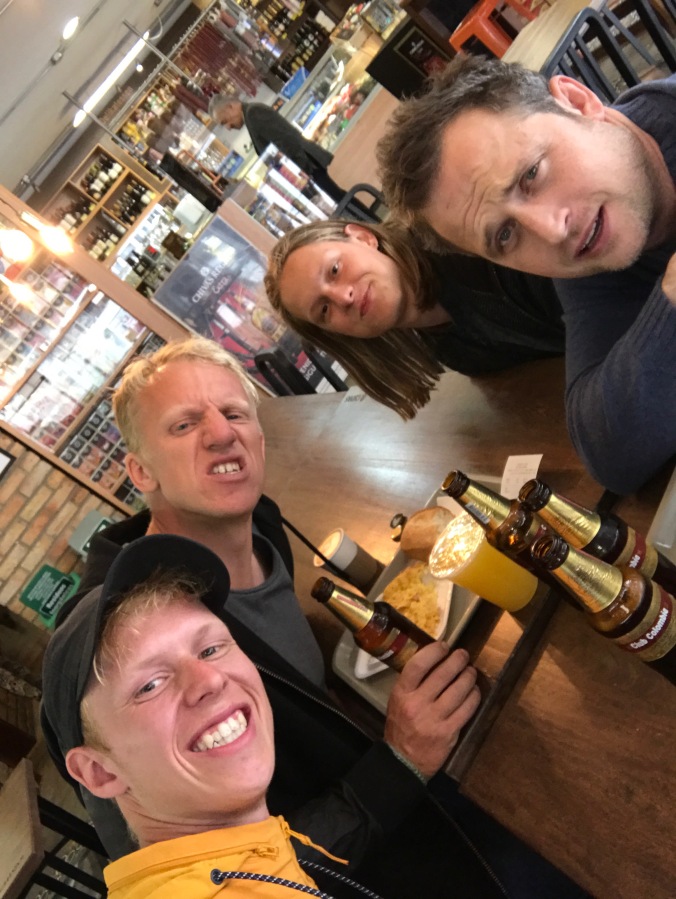 In Bogota’s ‘Zona T’ we followed the sound of music up some stairs before launching ourselves into a very lively club, causing double takes across the room as the Von Trapp family entered. Stood at the bar we noticed a few gringo hunters surreptitiously relocating a table before introducing themselves, along with their salsa and bachata skills.

Suddenly the music stopped as a fully decked out mariachi band serenaded a local birthday girl for what seemed like 20 songs. We exchanged confused but satisfied glances as the scene unfolded – despite having no idea what was going on we were loving it.

The night flew by in a blur of beer, rum and the local favourite – aguardiente. This drink, distilled in Colombia, for Colombia, has a subtle aniseed flavour, like sambuca but much more drinkable at only 29% ABV. The typical approach is to buy a half bottle (una media), which comes with a number of shot glasses to be shared among friends and strangers. Bottles are always served on their side on the bar – I have no idea why they do that but it’s a nice touch.

Tour guides and websites will tell you that Bogota nightlife ends at 3am but, while the majority of clubs do shut down at that time, there were plenty of late night spots to choose from (some more dubious than others) as we meandered our way to another club. Later, as the sun was starting to rise, we milled around on the pavement outside and were surprised to hear talk of various house parties, and even more surprised that we were invited.

It didn’t take long to realise that the people of Bogota were very happy to have us there. Locals would approach us and introduce themselves as if it was completely natural (which it is). Everyone wanted to chat, hear what we thought about their country and integrate us into their groups. In complete contrast to the territorial approach you see from men in most countries, the guys were just as amiable as the girls.

We made our way to a house party somewhere on the edge of town which got very weird but was a lot of fun, ending sometime around 9am. This photo pretty much covers it.

Jacob and Esben were completely spaced out as we ushered them into a taxi and made our way back towards the hostel in broad daylight, singing our hearts out to classic rock and Britpop songs to the driver who hated us.

He wasn’t the only one who felt that way, as we then had a brief run in with a drug addict who chased us up the street with a knife (much more hilarious and less scary than it sounds). When the coast was clear and we’d stopped giggling we decided it was best to let sleeping dogs lie.

As Bogota made its way to work we finally decided enough was enough, had breakfast and went to bed, satisfied with a solid first night in Colombia.

I would write about our second night, but we did almost exactly the same again with the addition of Patrick and the omission of a knife-wielding drug addict. While we did manage to get to the Botero museum (which was amazing) just before nightfall, our time in Bogota was largely nocturnal. 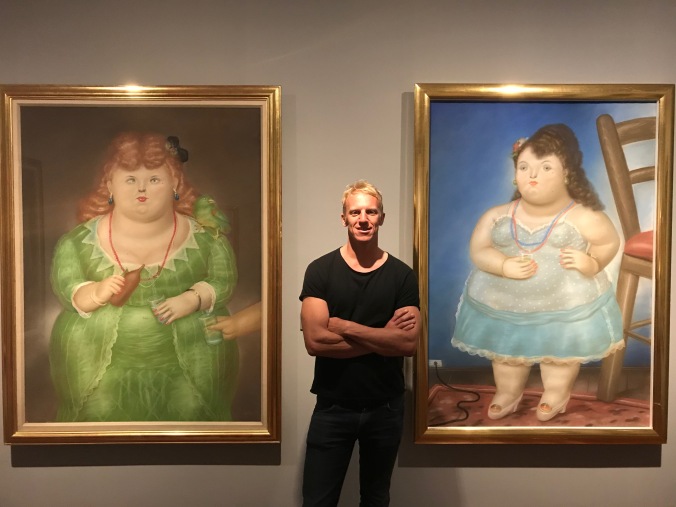 Bogota doesn’t get much hype as a travel destination relative to the other big Colombian cities, but does have a good reputation for nightlife. However, despite our warm reception from the locals, Bogota’s cold weather is its Achilles heel, so after two great nights and no days in Colombia’s capital we made our way to Medellin – the city of eternal spring.